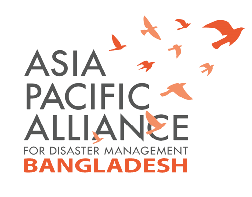 Cyclone Mora hit the south-eastern coast of Bangladesh at early morning on 30 May 2017. The Cyclone had maximum sustained winds of 92 km per hour and gusts of up to 135 km. At least six people were killed and destroyed thousands of homes. One of the worst affected areas is around the port of Cox’s Bazaar, which has a large number of Rohingya refugees. The main economical sources fisheries and agriculture field were destroyed for this cyclone. Some 300,000 people had been moved to safety or were evacuated on 29 May 2017 as the delta nation braced for its first strong cyclone of the year. More than 1,000 shelters were set up in several districts, including Cox’s Bazar and Chittagong. Many of the 22,000 people on Cox’s Bazar’s Moheshkahli Island, where 10,000 people died in a cyclone in 1991, moved to shelters.

DCH Trust provides medical support to people living in temporary shelters. Popper preparedness and early warning help to evacuate people with the help from local volunteer. It is more effective when specific weather conditions are anticipated and are likely to impact communities living in certain high risk areas. DCH Trust wants to continue this preparedness program in Coastal areas in Bangladesh